Difference between revisions of ".950 JDJ" 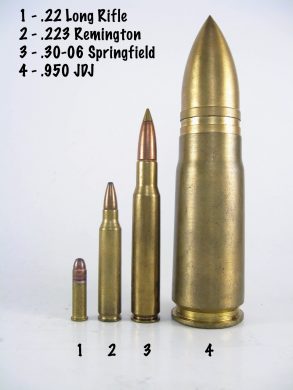 The .950 JDJ is one of the most powerful rifle cartridges ever developed in the area of sporting rifles. It was designed by gunsmith and firearm designer J.D. Jones of SSK Industries, who it is named after, sharing his initials. It is primarily a custom novelty that was originally intended for a customer who wanted an extremely powerful and large-caliber rifle that could shoot cast bullets. It is not a production cartridge, and only 3 rifles chambered in .950 JDJ have ever been produced.