An archival copy of the article "A Streamlined 'Mauser' Pistol" by Alan O. Borden, appearing in the April 1937 issue of the NRA's "The American Rifleman" magazine. It involves an interesting discussion about a custom Mauser-style pistol, chambered in .380 ACP by one Orin J. Harrington, a man who had no prior gunsmithing experience, but who wanted something unique that wasn't commercially available. Includes scanned image and full text of the article below. 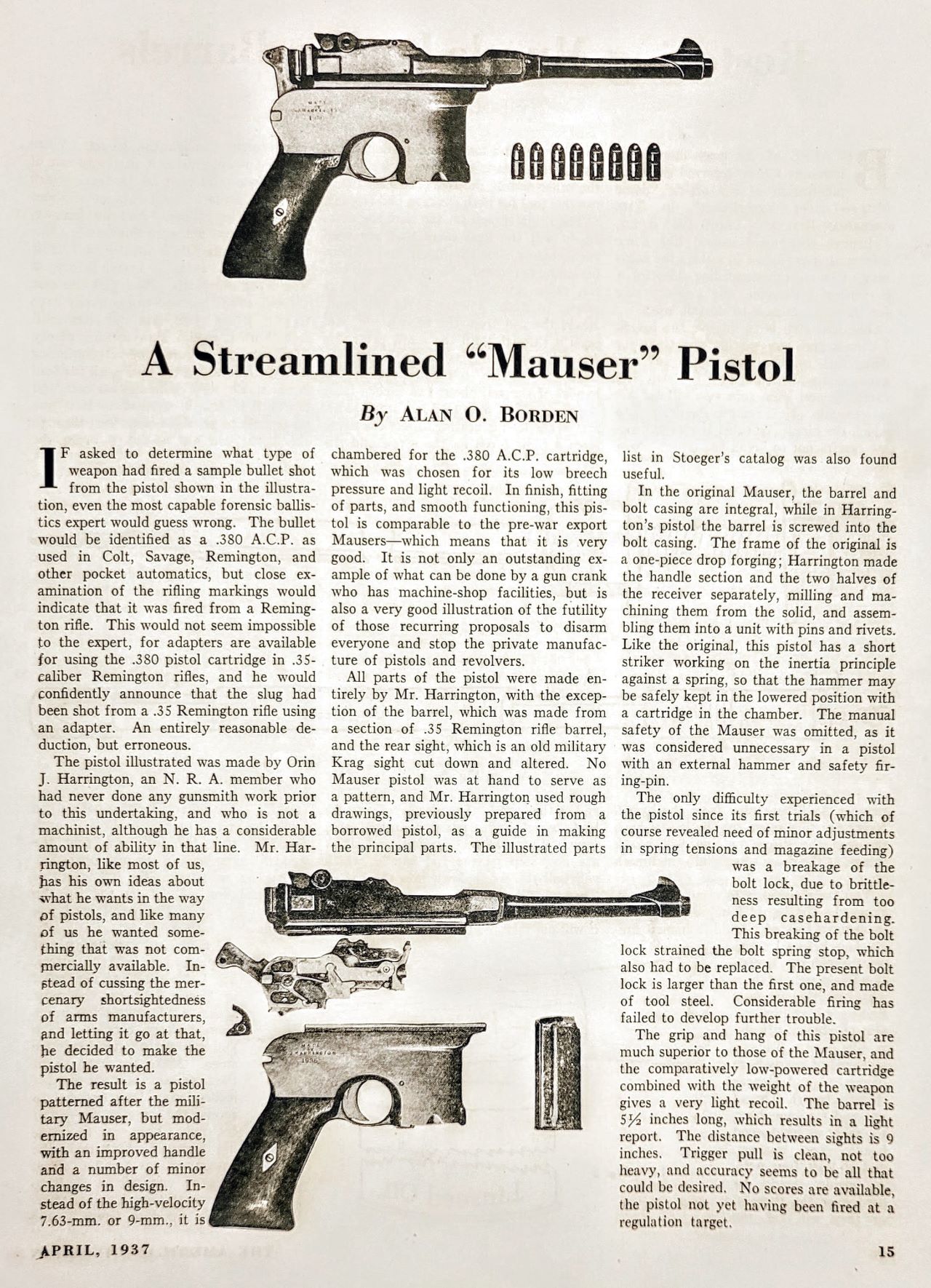 A scan of Alan O. Borden's article "A Streamlined 'Mauser' Pistol" from the April 1937 issue of "The American Rifleman". It entails an interesting custom Mauser pistol chambered in .380 ACP by one Orin J. Harrington.