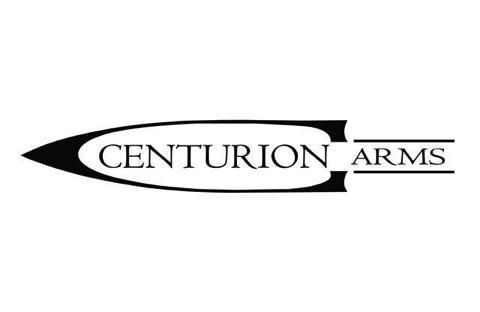 The logo of Centurion Arms LLC, an American AR-15 maker and parts manufacturer.

Centurion Arms LLC is an American maker of AR-15 rifles, a series of rail systems such as their in-house "CMR" rails, as well as M-Lok capable rails. They also sell custom fire control groups including their 2-stage "Advanced Sniper Trigger", abbreviated "AST".

The company appears to have had some success with partnerships outside of their own retail efforts. For example, the Colt LE6920-R "M4 Trooper" features one of their C4 M-Lok capable free-floating forends.

Centurion Arms also sells an assortment of barrels of assorted lengths and profiles, including a Mk12-style barrel to mimic the U.S. Navy's light Designated marksman rifle the Mk12 Special Purpose Rifle, as well as a completed Mk12 build.

Mrgunsngear did a review on Centurion Arms' CM4 rifle, linked below: