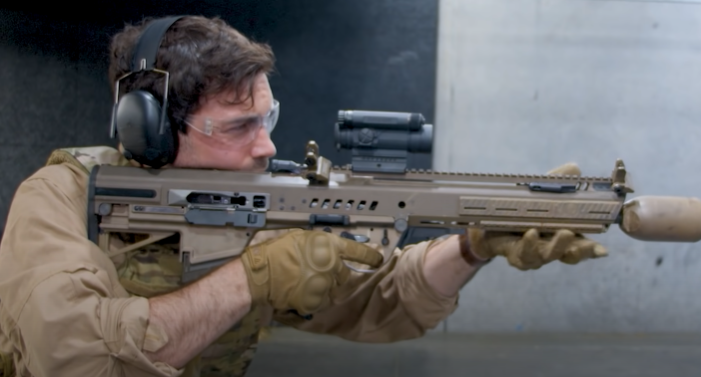 A picture of the True Velocity "Genesis" rifle, aka "Amicus", which fires their polymer-cased .277 TVCM cartridge. Photo from "Task & Purpose" youtube video on the rifle.

The True Velocity Genesis is a firearm developed in a joint venture between LoneStar Future Weapons and Beretta USA, aiming to have their rifle adopted as part of the U.S. military's Next Generation Squad Weapon (NGSW) program.

As per the requirements of NGSW, it fires a 6.8 caliber bullet (in their .277 TVCM cartridge), which features a polymer case that is approximate 30% lighter than standard brass-cased ammunition. It is also claimed that due to polymer having higher thermal resistance, less energy is wasted and deposited into the rifle as heat compared to typical brass cases. This apparently results in higher muzzle energy than an otherwise identical brass cartridge.

Being a bullpup design, it features a longer barrel for its overall length than would be possible with a more traditional action. Due to less energy wasted, longer barrel in a shorter overall package etc, it is said that True Velocity's Genesis rifle, and their .277 TVCM achieves about 20% more energy than 7.62x51mm NATO but comparable recoil to 5.56x45mm NATO due to factors such as the rifle's recoil mitigation system. 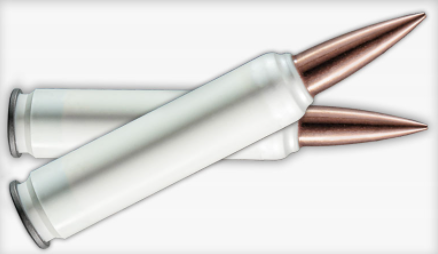 The NGSW program intends to replace many standard infantry weapons with a better all-in-one solution, but there appear to be multiple variants of this rifle, including the Genesis RM-277R (the bullpup rifle), as well as the Genesis RM-277AR, which is the machine gun variant and appears to feature a longer barrel and bipod.

The video below is from Task & Purpose on YouTube, and covers the rifle, its inner workings, and the ammunition it fires.