Difference between revisions of ".224 Montgomery" 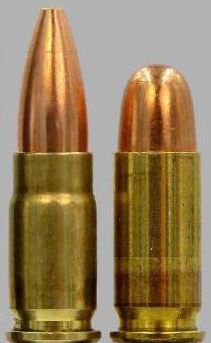 The .224 Montgomery is very similar to the .22 Epperson Cricket, both being a .25 ACP case necked down for .224 bullets. And further, both of these share similarities with the Russian 5.45x18mm, all being small pistol cartridges that accept Spitzer-style bullets.

He fires these rounds from a custom-reamed Thompson/Center Contender with 12-inch barrel and 1:12 twist.