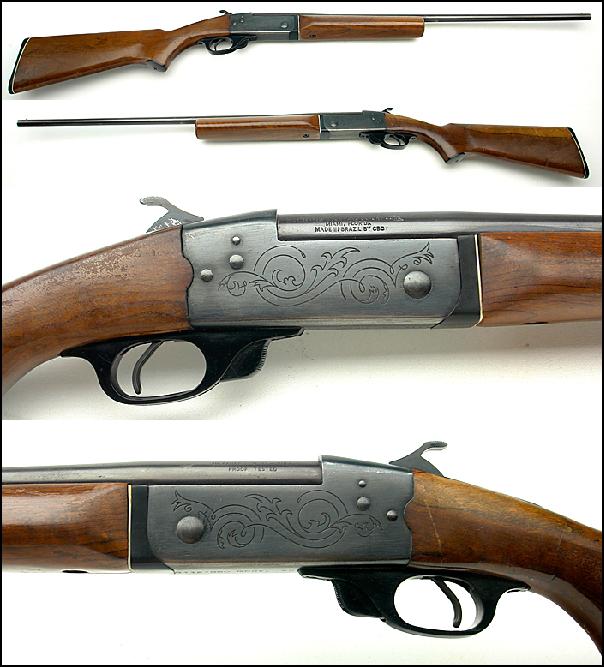 A CBC single-shot shotgun, marked as the CBC Model SB in this case. This model came with engraving as many did, but some others did not. Source: User "Oregon Guns" at GunAuction.com.

The CBC Model SB or perhaps also known generically as the "CBC Brazilian Single Barrel Shotgun" was a single-shot break-action shotgun, found chambered in a variety of shotgun cartridges including 12 Gauge, 20 Gauge, or .410 bore. They were produced by Companhia Brasileira de Cartuchos (CBC), a Brazilian firearms and ammunition manufacturer.

These shotguns were imported by several companies over the years, such as Magtech (a company owned by CBC, and a popular global ammunition manufacturer) as well as Firearms Import and Export Corporation (FIE) of Hialeah, Florida (a now defunct American firearms importer/exporter).

Like many other firearms that saw many sales through being exported, the CBC Model SB was sold under a number of alternative names, even by major manufacturers. Some (but perhaps not all) include: