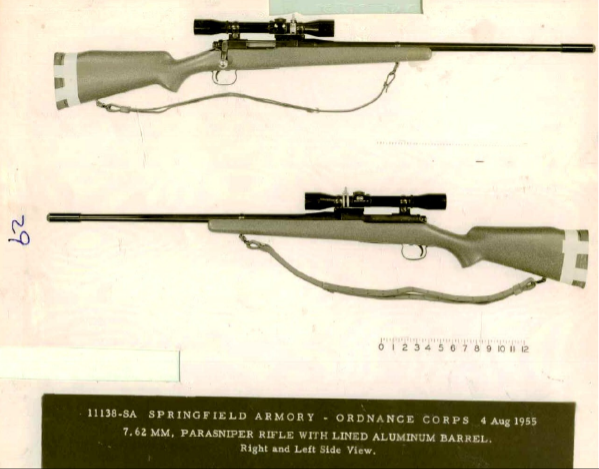 A photo of the ArmaLite AR-1 ParaSniper from the Smithsonian National Air and Space Museum in Washington D.C.

The ArmaLite AR-1 "ParaSniper" was a bolt-action sniper rifle chambered in 7.62x51mm NATO and is most notable for being the first firearm ever produced by the ArmaLite company, an American firearms manufacturer. It was designed by Eugene Stoner and Charles Dorchester around 1947, and was then picked up by ArmaLite in 1954. The first prototype was made on a Remington Model 722 receiver. The AR-1 used a Mauser-style action.

One interesting feature of the AR-1, and probably the most notable, was that it used an aluminum barrel w/ steel barrel liner, rather than an all-steel barrel. Also, the stock was made of fiberglass and stuffed with foam internally. These design choices made the rifle incredibly light at only around 5 lbs!

The gun was to be marketed to both military and commercial customers. Only 25 AR-1 prototype rifles were ever built.

ArmaLite's AR-1 ParaSniper was submitted to the U.S. Army at the Aberdeen Proving Ground in Maryland, but was rejected after brief testing. As a result, ArmaLite shelved all plans to move the rifle to full production.

An illustration of the ArmaLite AR-1 ParaSniper, designed by Eugene Stoner and the first (prototype) firearm ever made by ArmaLite. 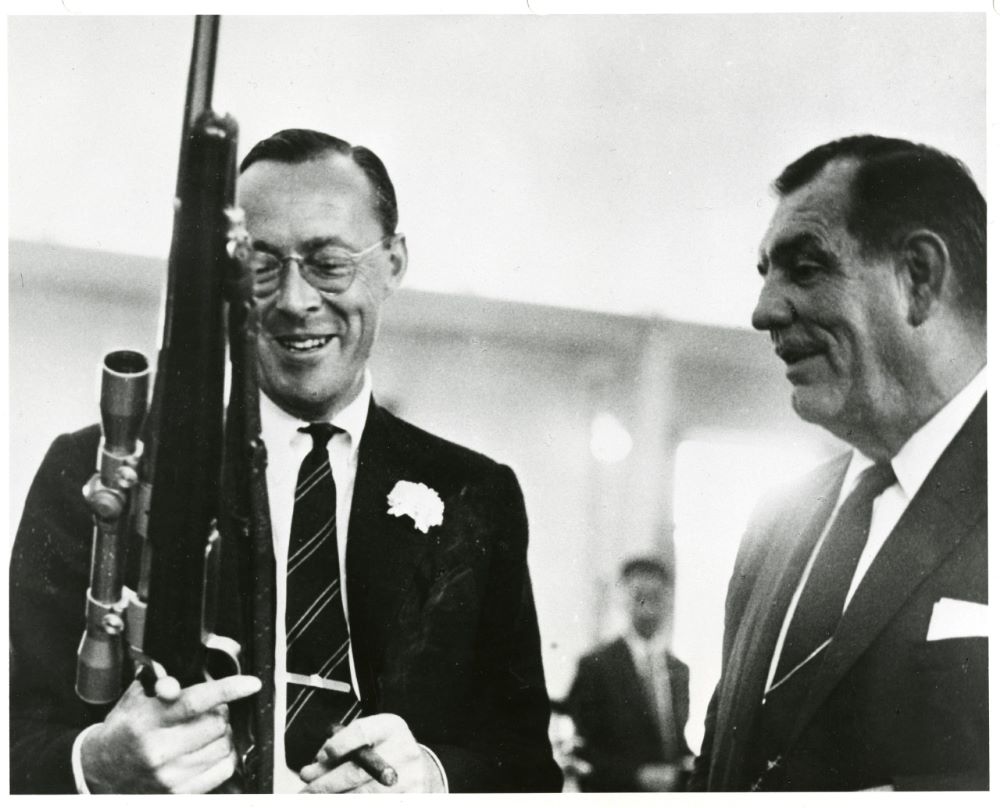 A photograph of Prince Bernhard of The Netherlands holding an ArmaLite AR-1 ParaSniper, presented to him by Richard Boutelle, president of the Fairchild Engine and Airplane Corporation at the time. 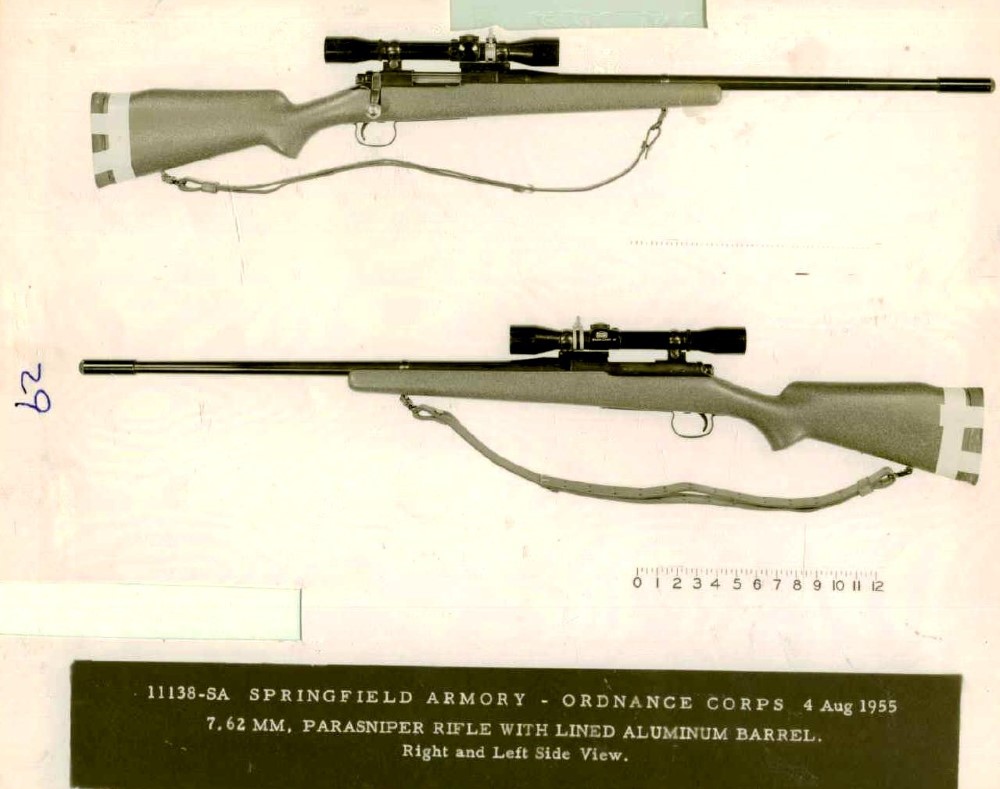 A photo of the ArmaLite AR-1 ParaSniper from the Smithsonian National Air and Space Museum in Washington D.C.

A short article on the ArmaLite AR-1 Parasniper by HistoricalFirearms.info