Jews for the Preservation of Firearms Ownership (JPFO) 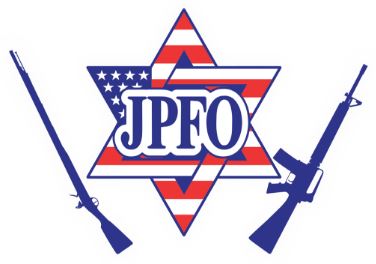 The logo of "Jews for the Preservation of Firearms Ownership" (JPFO), a Jewish-focused gun rights organization.

Jews for the Preservation of Firearms Ownership, or "JPFO" for short, is an American gun rights organization focused on the right to keep and bear arms, especially within the Jewish community. It was founded by U.S. Navy veteran and author Aaron Zelman in 1989 and as of 2011, has over 7,000 members. The current president and director of the organization is Alan Gottlieb.

The organization says that they are "America's most aggressive defender of firearms ownership". JPFO has produced a number of documentaries and other materials linking gun control to many genocides that have taken place throughout history, including the holocaust by Nazi Germany, the Armenian Genocide and so on. They've also put out material with detailed insights into how the Nazis implemented gun control and gun confiscation, as well as the racist history of gun control pertaining to African Americans.

Membership in JPFO does not require being Jewish. Members must simply support the right to keep and bear arms, and be law-abiding. And... "If you obey the Bill of Rights, you are law abiding..."

This is a 1997 speech by the founder of JPFO, Aaron Zelman. In it, he cites historical examples of tyranny and stresses the importance of the right to keep and bear arms.

JPFO.org - The official website of Jews for the Preservation of Firearms Ownership, including information on how to join, as well as many articles and other materials that the organization has released.