From Firearm Wiki: The Internet Gun Encyclopedia
(Redirected from RG-26)
Jump to navigation Jump to search 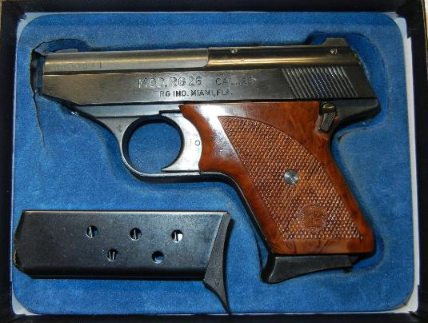 Shown in box, with an additional magazine.

It is a striker-fired handgun has no exposed hammer, essentially making it double-action only.

Although firearms made by RG are already known for being of poor quality, pistols such as the RG-26 are often especially frowned upon, primarily because of a serious potential safety issue, possibly leading to accidental discharge. See the "safety issues" section below for more information on this problem.

This pistol actually has a blank-firing counterpart, known as the Rohm RG8 (aka the RG Model 8, or RG-8). That gun is virtually identical, but instead of firing live ammunition, it instead fires 8mm blank cartridges.

The RG Model 26 has been known to be capable of firing without pulling the trigger during the chambering of a round. It is unknown is this only affects a particular run of this handgun or not. It also is not entirely known what causes the issue, but it could very possible that the striker is sometimes held forward, leading to an unsafe discharge.

If you are to attempt to use this handgun for any reason, it is highly advised to do so in a safe environment such as a shooting range, or to avoid chambering a round until ready to fire.

The RG Model 26's 8mm blank-firing counterpart, the Rohm RG8 has appeared in several movies over the years. 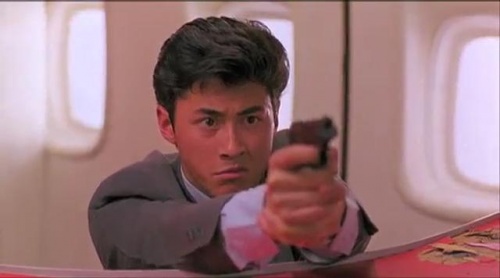 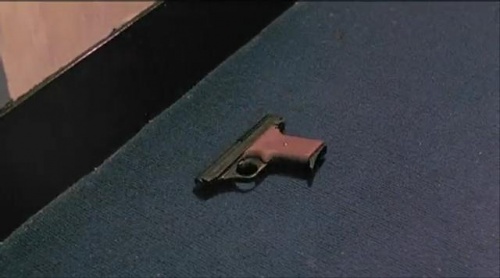 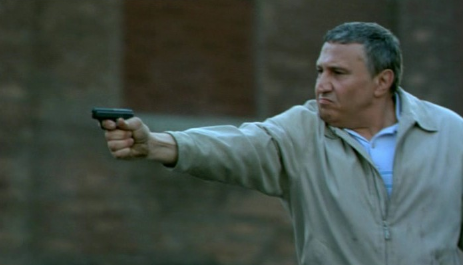 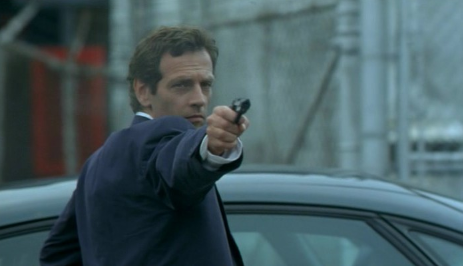